Siphosethu Mafungwa: Recycling For A Difference 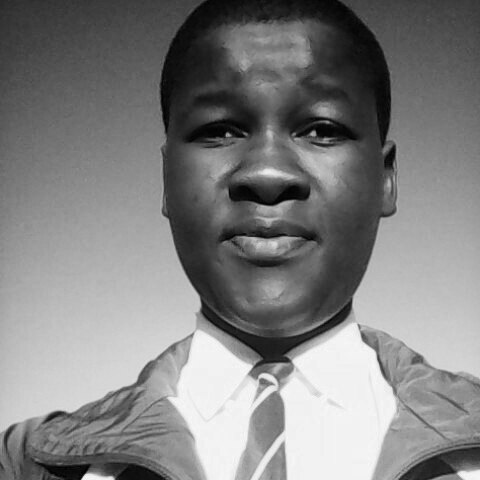 Siphosethu Mafungwa is a determined young man who is passionate about the environment. This high-achiever was identified as a leader in his school and participated in the enke: Trailblazer Program through enke’s partnership with the UCT 100 Up Program. The issue that Siphosethu identified in his community was the problem of litter and air pollution at his school in Khayeltisha. So, Siphosethu decided to do something about it focusing his community action project (CAP) on clearing litter from his school’s premises. Even though it was a small step, Siphosethu believed that it was important to create a better learning environment for himself and his peers.

Initially, Siphosethu struggled to find the courage to implement the recycling project that he had designed at the enke: Forum, the kick-off training conference of the enke: Trailblazer Program. He felt that there were very few people who believed in his vision for a cleaner community. Quitting could’ve been his next option, but after long Whatsapp chats with enke Trailblazer Support Team, countless telephone discussions and regular motivation – Siphosethu managed to pick himself up and continue to work to make his project a reality.

“Before they [school caretakers] used to burn the cardboard boxes [that food came in] because there wasn’t regular waste collection. There would be dirty smoke that sometimes came into the classrooms. The cans would then be thrown in the back of the field. After we worked with the principal and talked to the caretakers about our project we organised collection areas for recyclable material that my team looks after and arranges to dispose,” shared Siphosethu during a site visit in March.

“We’ve noticed a difference in that there isn’t any more smoke and the air is much better to breathe during the day” remarked one learner when asked about the changes they had seen as a result of the project. With support from their principal there are now large bags where the caretakers place the used cans from the schools feeding scheme.

Siphosethu and his team also convinced the caretakers to stop burning the boxes and, instead, stack the boxes. The team then moves these to a storage. Additionally, each Friday the team pick litter from the open field behind the school, which had become a makeshift dumping area. Initially it was a daunting task, but they took it one day at a time and greatly reduced the amount of litter. As one of his team members puts it, “It’s not fun or easy work, but it feels good seeing the positive benefits in the school.”

Siphosethu’s goal is to sell the collected recyclables and use the money to the school to buy school uniforms and materials for learners who can’t afford them. This part of his project has proved a challenge. He had identified several companies to sell the recyclable litter, however one of his biggest obstacles is being able to meet with the companies as they often suggest meeting during the day, which is when he is in class. As a result, he has had several meetings cancelled.

Siphosethu is determined not to give up, “I know what I’m doing is good and we have come so far. What I learned from the earlier challenges with the project is to persevere.  I just need to find the right company to sell the recycled materials to and hopefully I can show people the value of recycling.”

An unintended positive side effect of the project is that youth engaged in the project have found a positive extracurricular activity. Siphosethu explains, “On Fridays, many of my friends at school leave school to go party. Peer pressure is big. Kids are doing drugs and drinking. My CAP gets these people to come help out at school instead of doing this.”

Siphosethu hopes to create a culture of young people who see recycling as a way to not only keep the environment clean, but also to see the benefit from the income from selling recyclables and for their health.

Siphosethu Mafungwa is currently a Grade 11 learner at Sizimisele Technical High School. He was a participant in the 2015-16 enke: Trailblazer Program, a 9-month long youth leadership and social action program for Grade 10 and 11 learners that starts at the annual enke: Forum – a week-long leadership skills conference.

For more information on COVID-19 and government regulation: Click here